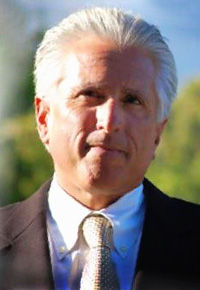 Joe serves Weatherby & Associates, PC, in an “of counsel” capacity. Joe is an experienced litigator on topics such as employee benefits and ERISA cases, probate, elder law, RICO, and other financial matters. He has managed ERISA and tax compliance issues for Fortune 500 employers and small businesses.

He litigates in state and federal courts before judges and juries, and he represents clients before a variety of state and federal boards and commissions. Joe has tried labor and employee benefits cases for private employers and individuals, and his creativity has helped establish new legal interpretations that have benefitted his clients.

Joe graduated with Honors from the University of Southern California in 1981, receiving an A.B. in International Relations and Economics. While at USC, Joe played on the baseball team, which won the National Championship in 1978. Joe received his Juris Doctorate from Pepperdine University School of Law and passed the grueling California bar exam on his first attempt. He was admitted to practice in California in 1985 and in Connecticut in 1993.

The firm and associates are always willing to help answer questions and provide information that covers my needs. Related Read More
– C.A.L.