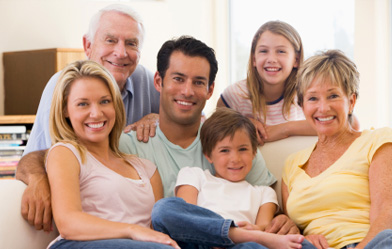 Estate planning is often seen as a conservative, static area of the law, where common practices adhere to customary norms and traditions.  But one area where good comprehensive estate planning must adapt is in reaction to the many new and different ways in which assisted reproductive technology is revolutionizing the realm of fertility and child-bearing.

When drafting a Will or a Trust it is important that the instrument clearly spells out who are the beneficiaries.  The usual presumption is that the biological children of a married couple or of an individual will be the beneficiaries, although other family members, friends or charities can certainly be beneficiaries as well.  And an individual recognized as a biological child can be specifically disinherited.  Beyond that it is also good practice to clearly define whether or not adopted children are to be classified the same as biological children.  Furthermore, an instrument that lists specific children by name should also clearly spell out whether or not children born or adopted after the document is signed will be treated the same as the specifically named children.  And in the case where there are children of one member of the couple but not the other, it is important to state if such children are to be treated differently than the biological children of the testator of the Will or the trustmaker of the Trust.

The above estate planning considerations are fairly traditional.  What is quite novel though are the many different ways technology can now permit different ways of conception.  “ART” is an acronym that stands for Assisted Reproductive Technology.  About 1 in 8 couples in the United States are affected by fertility problems.  ART can give some of those people options they would never have had historically.  There are many different options for conception.  One possibility is for a woman to be artificially inseminated with the intended father’s sperm.  That surrogate will be genetically related to the resulting child but otherwise will relinquish control of the baby to the father and the intended mother.  In contrast, there can be a “gestational surrogate” who is artificially inseminated with an embryo unrelated to her.  And there can be situations where an egg can be fertilized from a sperm donor that has no relationship connection to the mother-to-be.  Each of these situations pose challenges to the traditional estate planning definitions of “children” and “descendants.”  If the offspring of such arrangements are intended to be regarded as biological children then it would be prudent to spell that out in the Will or Trust.  It is also possible to consider the reverse situation which might be a gestational surrogate mother or a male sperm donor who want to carefully provide that they do not want any resulting children to be deemed to be their own biological children.

Complicating issues further, cryogenic technology now allows human tissue to be frozen for long periods of time.  That permits reproduction long after the death of one or both of a traditional mother and father couple.  So again there is a need to consider how the traditional definitions should be narrowed or widened.  Couples may enter into a prenuptial agreement before they wed.  Such an agreement spells out what happens if they ever divorce.  With the influence of ART, it may now be important to address what happens to a woman’s frozen eggs or to a man’s frozen sperm after they separate.  Should the agreement mandate that such frozen tissue be destroyed?  Or should the agreement allow a conception under certain circumstances?  Making those decisions now also needs to be part of the divorce settlement process.

These issues are not limited to a testator of a Will or a trustmaker of a Trust who wants to make their intentions known.  There is also the perspective of any children born using ART.  Picture a scenario where a man donates sperm to a couple who has infertility problems.  The donated sperm results in a child born to that couple.  If the sperm donor executes a Will that is makes no reference to the ART he facilitated, then his estate could be open to a claim based on paternity of the child.  After all, a simple genetic test would reflect that he was the biological father.  The issues and complications are numerous.

Categories: Estate Planning, Validity of a Will

Dear Hank, Thank you for taking the time to help us with your great advice and referral for my brother and his family! I feel so fortunate to know you and to rely on your firm. You have been wonderful and your help indispensible. With great appreciat… Read More
– Laura Khoshbin