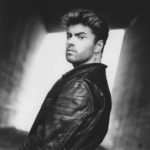 On Christmas Day 2016 George Michael's body was discovered by his lover Fadi Fawaz.  Since that time significant tensions have arisen between Fawaz and Michael’s surviving family members - his father and two sisters.  In the dispute amongst George Michael’s loved ones we see some of the same problems we see all too often in estate settlements.

One bone of contention is over the planning and attendance at Michael’s funeral service.  Michael’s body could not be released by authorities for several months until toxicology tests could be conducted.  Those tests ultimately concluded that Michael died of natural causes.  During that time Fawaz alleged that Michael’s family shut him out of the funeral planning process entirely.  He says that they insisted he would not be welcome at the service when it took place.  In return Michael’s cousin told media that it was the other way around, alleging that Fawaz intentionally distanced himself from the family.

Eventually a small service was conducted on March 29 and Michael was buried in London’s Highgate Cemetery alongside his predeceased mother.  We think that ultimately it is Michael’s own wishes that should have been given more weight than the opinions of his feuding lover and family members.  But it is not at all clear what Michael wanted and if he properly documented those wishes in writing anywhere.

A bigger dispute is focused on occupancy of Michael’s London townhouse, valued at 5 million pounds (about $6,400,000).  Fawaz has been occupying the property since Michael’s death.  Although Michael’s will has not yet been probated it is rumored that Fawaz is not named as a beneficiary.  Fawaz has claimed that he and Michael had an agreement that Fawaz would be permitted to continue to occupy the property for the foreseeable future.  But that agreement was merely an oral agreement that was never written down.  English law is quite similar to the laws of the United States in that agreements involving real estate must be written down in order to be valid.  Yet in the meantime Fawaz is likely to remain in the townhouse until Michael’s family can successfully pursue a formal eviction process.

The issue of funeral arrangements, occupancy of the townhouse and Michael’s larger plans for Fawaz all center on the most fundamental concept of estate planning: you’ve got to get your wishes properly and fully documented!  If in fact Fawaz is correct that he and Michael discussed Fawaz being permitted to live in the townhouse, then unfortunately for Fawaz those discussions are now meaningless.  Without anything in writing Fawaz has no clear right of occupancy.  Or to consider it from the other perspective, if Michael’s relationship with Fawaz did not encompass providing for him after Michael’s death, then that too should have been documented somehow.

Particularly as an unmarried same sex companion, it is our understanding that in Great Britain, Fawaz has no legal rights to any portion of Michael’s Estate.  If Michael intended to provide for Fawaz he needed to properly document that wish.  Once Michael’s Will is probated the public will know for certain if Fawaz is mentioned at all.  But even if Fawaz is not legally a spouse or a natural heir, he and Michael certainly did have a relationship.  In fact Fawaz and Michael were involved all the way back to 2009.  Although Michael’s family will likely ultimately prevail on the issue of evicting Fawaz from the townhouse, it will nonetheless simplify things if Michael’s Will addresses occupancy and/or the intended sale of the townhouse, one way or the other.