Menu
Home » Why Bother with a Care Agreeme…

Why Bother with a Care Agreement? 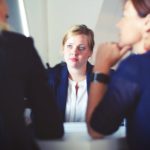 In our last post we provided a brief overview of Care Agreements.  This week we consider a recent Louisiana court decision that illustrates a big problem that arises when relatives are paid for providing care services to a loved one and that arrangement is poorly documented.  See Widley David v. State of Louisiana Dept. of Health and Hospitals, No, 2014 CA 0791 (La. Ct. App., First Circuit, decided December 23, 2014).

Mr. David was a resident of New Roads, Louisiana who was unmarried with no children.  He lived by himself until he fell and broke his hip in November 2007.   Mr. David was initially hospitalized  and then he went to a nursing home.  He remained in the nursing home until his death in 2012 at the age of 97.

During his stay in the nursing home, Mr. David’s only source of assistance apart from nursing home staff were his closest relatives, who were his nephew Ivy and Ivy’s wife, Mary.  The care being provided by those relatives was extensive, including daily visits, bringing clothing and food, paying his bills, and transportation to doctor’s visits.  In fact, the amount of care being provided by Ivy was so extensive that Ivy quit his job.  In 2008 Mr. David consulted with an attorney and indicated he wanted to compensate Ivy and Mary for the services they were providing to him.  Over a 3 year period Mr. David issued six checks to Ivy and Mary for a total amount of $49,150.00.

Mr. David applied for Medicaid benefits in December of 2010.  The Louisiana Department of Health and Hospitals (“DHH”) determined in 2011 that the amounts transferred to Ivy and Mary were transfers for less than fair market value.  As a result, DHH concluded that Mr. David would be unable to receive Medicaid benefits until a 14 month and 24 day penalty period expired.  Mr. David appealed that ineligibility determination.  There followed a bit of a back and forth.   First an administrative law judge found in DHH’s favor. On appeal, the state district court reversed that decision.   Finally, in December of 2014 the Court of Appeals re-reversed in favor of the Medicaid authorities.

The reasoning behind the decision of the David appellate court would essentially provide the same result in Connecticut - a penalty period during which Medicaid would pay no benefits.  This type of result is precisely why we advise our clients that payments to loved ones for providing care must be well documented.  Connecticut, like Louisiana, conducts an extensive review of a Medicaid applicant’s financial history.  If that review reveals transfers for less than fair market value within Medicaid’s 5 year look back period, then those transfers are presumed to be done for the purpose of qualifying for Medicaid.  In the case of payments for care services, the applicant has the opportunity to rebut that presumption by providing “[tangible] evidence in the form of a payback arrangement that had been agreed to in writing at the time the services were provided and ensuing payment records are required to rebut this presumption.”  See La. MEM Sec. I-1673.3.

Despite the fairly extensive oral testimony at the administrative hearing of Mr. David, of Mr. David’s attorney, and of Ivy and Mary, there was simply nothing in writing available to rebut the presumption.  Apart from the checks themselves and the total amount transferred, the Court observed that “…the record is void of any substantiating documentary proof of the performance of the alleged services rendered by Ivy and Mary David.”  In the end, Mr. David’s 14 plus month Medicaid penalty period could easily been avoided if he had been able to produce a Care Agreement that spelled out what Ivy and Mary would be doing for him and how they would be paid for their services.

Please call us at 860-769-6938 if you have any questions about the issues presented above or if you care to discuss any other planning issues with us.