The Perils of Business Deals without Good Legal Advice 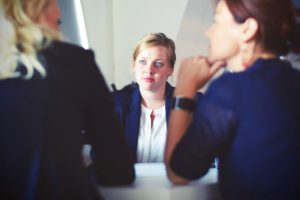 Lawyers can be expensive. But the value of good legal advice is not always appreciated. In the area of business transactions legal costs should seem far less “costly” when weighed against the potential negative costs when business deals fall apart. The 2016 Mississippi Supreme Court case of Kilpatrick v. White Hall on MS River, LLC is an example where the plaintiff chose to forego the services of an attorney and in the end paid hefty price for that choice. See Dennis Kilpatrick v. White Hall on MS Rivard, LLC, Supreme Court of Mississippi, No, 2014-CA-01485-SCT.
In 2007, five fellow hunters entered into an informal “gentleman’s agreement” to purchase land for hunting. They orally agreed that each would contribute $500,000 towards the creation of an LLC to buy the land. It was clear to each that the price would rise considerably if the closing did not take place before December 31, 2007. A few weeks before the closing, Kilpatrick confessed to the others that he could only put up $100,000, not the $500,000 he had promised. Since they were anxious to close on the land purchase, the closing went ahead as scheduled. The partners apparently believed Kilpatrick would eventually make the promised contribution. To make a long story short, the promised contribution was never completed. Kilpatrick made some payments on the LLC’s debt but eventually he stopped those as well, and was advised that he would no longer continue to use the property. Kilpatrick thereafter sued for recovery of the money he paid in to the LLC, but his claim was denied by the Court.
There were many things Kilpatrick and his fellow hunters did wrong. First, the real estate closing took place on December 13 but Cvitanovich did not file a Certificate of Formation for the LLC until December 17. That means the sellers failed to confirm they were actually doing business with a validly registered business entity. Second, Cvitanovich himself drafted an Operating Agreement for the LLC in January 2008. An Operating Agreement should be agreed upon and drafted before the entity starts conducting business.
Third, the document itself was unclear whether or not Kilpatrick was a Member. Although all five of the hunters received a copy of the agreement only three of them signed it. The Agreement did not even provide blank lines for the other two to sign. In one place the Agreement stated that a member
was defined as an individual who had contributed $500,000. But there was a Schedule A that listed Kilpatrick as a member. Yet the Schedule described his ownership as “0 shares.” Furthermore, above the signatures to the document was a clarification that “
no one is named a member until the financial obligation of $500,000 is met, and that no rights and/or privileges to Whitehall property will be permitted to anyone other than a member.”
The trial court and the appeals court each held that Kilpatrick never became a member of the LLC. Therefore he did not get back his $100,000 contribution or the $86,500 he paid towards the LLC’s debt. Kilpatrick should have retained an attorney before he paid any money. An attorney would have reviewed the Operating Agreement presented by Cvitanovich and could have helped Kilpatrick understand its terms. Since he received no legal advice, Kilpatrick did not understand he would have no membership rights until he contributed the full $500,000. And furthermore, even when he became a member, the Operating Agreement provided that no members would have any rights to withdraw any contributions.
Beyond just interpreting the Operating Agreement, a lawyer could have advocated for better terms. For example it seems unreasonable for Kilpatrick to have paid $186,250 yet have no membership rights whatsoever in return. And certainly a lawyer would have insisted that Kilpatrick sign the Operating Agreement before allowing him to pay any money. In the end we don’t know exactly how much it would have cost Kilpatrick if he had hired a lawyer. But it clearly would have been far less than the $186,500 he ended up losing!
If you have any questions about the issues presented above or care to discuss any other planning issues, please call us at 860-769-6938, visit our website at http://www.weatherby-associates.com/practice-areas/planning-family/
or email us at info@weatherby-associates.com

The Perils of Business Deals without Good Legal Advice

Hank and his staff are very knowledgeable and accommodating. I trust them completely. Related Read More
– R.A.