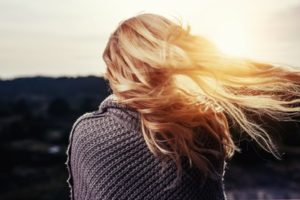 In our practice we see many conservatorships. And frequently we help clients avoid conservatorships in the first place. There are many reasons why seeking a conservatorship for yourself or a loved one is a big step not to be taken lightly. The case of the superstar entertainer Britney Spears illustrates a cautionary aspect of conservatorships you may not be aware of.

A power of attorney can easily be torn up and revoked. But it is extremely difficult for a conservatorship to ever be terminated. Going back to Britney Spears, in 2008 it was widely reported that Ms. Spears was behaving very erratically. There were clear signs of a mental breakdown and apparent mental illness coupled with severe substance abuse. She obviously posed a danger to herself and to her children. Her life seemed to be spinning out of control. So that same year a probate court in California named her father Jamie Spears and an attorney Andrew M. Wallet to serve as her co-conservators. Without delving into all of the details of her bizarre actions in that time period we certainly agree that that a conservatorship was needed.

Moving ahead in time, Ms. Spears is now a seemingly normal, stable 34 year old. She was paid $15 million to act as a judge on the television show the X Factor, a role she filled quite well. She has returned to performing and recording. In 2015 Forbes magazine named her as the fifth highest earning female entertainer of that year, ahead of several other major powerhouse performers Rihanna and Nicki Minaj. And in a 2015 interview with People magazine she confessed “I’m in a real good place in my life…I’m the happiest I’ve ever been.”

Yet as hard as it is to believe, amidst all of Ms. Spears’ recent success and self-fulfillment, she is still a conserved person. Some eight years after the worst of her problems and long after she seems to have overcome and moved on from her issues, she still is not legally competent to make her own financial decisions. Her most mundane purchases still must be approved by her conservators and accounted for in period court filings. And she cannot make her own health care decisions.

Neither Spears nor her conservators nor her attorneys have been public about their thoughts on the situation. There are some incentives for her conservators to refrain from trying to challenge the legal status quo. For example, her conservators and her court-appointed attorney are all being well compensated for their services. We have learned that her father is being paid $130,000 per year to serve as her conservator plus he is receiving 1.5% of gross revenues from performances and merchandising for her ongoing Law Vegas show.

Another incentive for keeping the conservatorship is that it has been a way of shielding Spears from testifying in three lawsuits. The probate judge agreed with her conservators that it could cause “irreparable harm” were she to testify. However her conservators did more recently permit her to testify in a fourth lawsuit where they conceded in court filings that giving such testimony was not likely to cause harm to her.

We can only speculate whether Spears and her conservators will ever reach the point where they feel the need to take steps to formally relinquish their authority over her. In our practice we do not tend to represent many big name celebrity entertainers! Neither do we see many younger clients confronting the types of problems Spears had in 2008. But we do commonly see clients whose mental and physical problems are only marginally severe. And we have clients for whom there is a good likelihood of improvement. Perhaps we are confident there will be a full recovery. In those situations we work to preserve as much of the client’s independence as we can. In Connecticut, by statute probate courts are charged with finding the least restrictive means of curtailing an individual’s freedom. So we work to make it abundantly clear if the client has already done comprehensive estate planning with us that personal and financial oversight is already taken care of without any need for a conservator.

I first met Hank about 3 years ago and since that time it has become exceedingly clear to me that Hank has the rare ability to take a complex problem, simplify it, and drive home results for his clients- consistently. Simply put Hank is one of the le… Read More
– Matthew Wiley