A Court Appointed Guardian Took Everything Away From Her 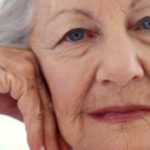 In the planning work we do for our clients we always address the issue of conservatorships.  A conservator, also termed a guardian in many states, is an individual appointed by a Probate Court to look after the financial and/or personal affairs of an individual when the court decides the individual is unable to do so themselves.  While we recognize that there are some situations when a conservator is needed, it is almost always better to engage in proactive estate planning to avoid the need for a conservatorship in the first place.  If you have already properly named individuals to look after your affairs then there should never be a need for a conservator for you.  The sad case of an 81 year old Tennessee woman is a disturbing example of how a conservatorship can be abused.

As described in a piece by WSMV, a Nashville-area NBC affiliate, it all started when Jewell Tinnon’s grandson suspected someone was stealing from her.  See http://www.wsmv.com/story/16106989/conservatorship-strips-81-year-old-widow-of-all-possessions.

In front of a Probate Court Judge, the grandson’s attorney argued that Ms. Tinnon lacked the ability to make rational decisions.  Tinnon was assigned a lawyer to represent her.  That lawyer later explained to WSMV that he was obligated to contest the guardian appointment if he could.  Yet he said his hands were tied when he took her to see a doctor who diagnosed dementia.

And so after a hearing lasting only 10 minutes, without any testimony from a doctor or witnesses, a guardian was appointed for her.  In fact Tinnon herself did not even know that hearing had taken place until afterwards when the judge had already signed the order.  With that single guardian appointment Ms. Tinnon lost the ability to sign contracts, to write checks, to buy or sell things, to vote, or to drive.  And it was no longer up to her where she lived or what doctors she could see or what medications she could take.  Essentially all of her rights were abruptly taken away from her.

The named guardian was not a loved one or someone else Ms. Tinnon knew.  Rather it was a public guardian from a local agency on aging.  That guardian quickly decided that a nursing home was a better place for her to live.  So Tinnon’s home was soon sold at a public auction for a mere $83,000 in sale proceeds.  That was just half of the home’s value according to the tax assessor.  So too were her car sold, her clothing, and her furniture.  And the guardian also cashed in her life insurance policies.

Some months later a friend of Tinnon did manage to secure a lawyer for her and helped get her to see two doctors.  Both of those doctors concluded she would do just fine living on her own with a little assistance.  Thanks to that legal assistance and the medical opinion of the two doctors her legal guardianship was terminated.  But the end of her guardianship was not the end of Tinnon’s problems.

Tinnon then found herself with no home, no car, and no possessions.  And the judge even entered an order requiring some $37,645 of her already meager home sales proceeds to be used to pay the fees of the eight different lawyers and guardians who were involved in the court process.  At that point the only way Tinnon could get her home back would be to purchase it at its full value.  Yet there was no way she could do that financially.  She had lost everything.

We sympathize with Tinnon for what she had to go through.  But all this could have been avoided if she had done proper estate planning ahead of time.  The appointment of an Agent under a Durable Power of Attorney to deal with her personal finances, a Health Care Representative to make health care decisions for her when she could not, and possibly a Trustee to administer her assets in trust for her benefit, would have prevented the court from taking away her rights. That's why you need Elder Law Preparation in CT.

We have never had a client for whom Weatherby & Associates, PC did their planning that has had to have a conservator appointed for them.

Hank Weatherby gently probed and clearly listened to our preferences for how we personally and our estates will be cared for while we age and after we pass on. His Estate Planning Agreements are masterfully crafted to be clear, flexible and responsiv… Read More
– John and Ann Murray