Menu
Home » Do-It Yourself Will Backfires

Do-It Yourself Will Backfires 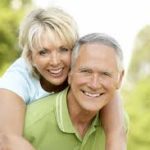 There are a number of reasons why people avoid hiring a lawyer to assist them in their estate planning.  Lawyers can be perceived as expensive and a hassle to deal with.  Frankly, some people simply find dealing with an attorney stressful.  And there certainly are some things that can be taken care of without legal assistance.  But all too often we hear of cases where an attempt by a well-meaning individual to do things on their own without a lawyer backfires and results in disastrous consequences.  One Florida woman’s attempt to use an “E-Z Legal Form” Will turned out to be anything but easy when it came time for her loved ones to try to settle her estate.  See Aldrich v. Basile, http://www.floridasupremecourt.org/decisions/2014/sc11-2147.pdf.

In 2004 Ann Aldrich of Keystone Heights, Florida obtained a simple boilerplate preprinted Will from a company called E-Z Legal Forms.  The website for that company reflects that such a form currently retails for $1.95 plus tax.  Ms. Aldrich used the space provided on the form she purchased to list a number of items she wanted to pass to her sister.  Those items included her house, a life insurance policy, a Chevy motor vehicle, and three numbered accounts at a particular bank.  Aldrich then handwrote a note to the effect that if her sister predeceased her she wanted all the listed items to pass to her brother.  The Will was then properly witnessed and notarized.

Three years later Ms. Aldrich’s sister did predecease her, leaving Aldrich some land and other assets.  In 2009 Aldrich herself passed away, never having made any changes to her E-Z Legal Form Will.  The basic question litigated in the Florida courts concerned the disposition of the assets Aldrich inherited from her sister.  Aldrich’s brother argued that since the Will only mentioned Aldrich’s sister and himself that Aldrich clearly intended him inherit all of her assets in the event their sister predeceased Aldrich.  On the other side were several nieces of another predeceased sibling, who argued that since there were no specific directions otherwise, that the Will was ineffective to direct what happens to the assets Aldrich inherited from her sister.

Unfortunately for Aldrich’s brother, the Court sided with the nieces.  Absent any specific instructions directing what was to happen with the assets Aldrich inherited after she executed her Will, the Court was unwilling to speculate on Aldrich’s wishes regarding assets other than those she specifically listed in her document.  The Court was basically obligated to consider Aldrich to be intestate (when someone dies without a Will at all) as far as those after-inherited assets were concerned.

A residuary clause is a mechanism in a Will directing what is to happen to all remaining assets that are not otherwise subject to any specific instructions.  All Wills have them.  Or at least all Wills should have them, since apparently whatever the E-Z Legal Form Company published did not include a residuary clause.  If a lawyer drafts a Will that omits a residuary clause it would amount to legal malpractice!  Yet here Ms. Aldrich had no idea that the document she purchased for $1.95 had such a glaring weakness.  And although we have no way of knowing how much money Aldrich’s brother and nieces spent arguing over this matter, it undoubtedly cost many times more than if Aldrich had done it right in the first place and consulted an experienced estate planning attorney with the ability to get the results the client wants, and a system to maintain the planning once it was done.

We were facing heavy medical expenses with a modest inheritance and little to no income. Hank’s advice to establish a living estate was brilliant and his continued advice in handling our finances has been a blessing. As our health deteriorates,… Read More
– D.W.S.