The Estate of Philip Seymour Hoffman 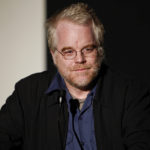 The Estate of Philip Seymour Hoffman

Philip Seymour Hoffman was a talented actor who left an impressive body of work when he died in February 2014 at the age of 46.  His cause of death was an accidental drug overdose.  He left an estate of approximately 35 million dollars.  As we have seen in a number of our previous blog posts, though, having substantial financial holdings is no insulation from poor estate planning.  And Philip Seymour Hoffman is yet another example where it would have made a tremendous difference to his loved ones if he had done things a little differently.

Hoffman never married.  But he did have a longstanding relationship with his companion Marianne O’Donnell.  Hoffman and O’Donnell had three children together: son Cooper, and then daughters Tallulah and Willa.  There are reports that Hoffman’s advisors recommended he put aside some money for his three children.  But he rejected that advice since he did not want his children to become “trust fund babies.”   So instead he left all of his assets to his longtime companion Marianne O’Donnell.  If she happened to have predeceased him then all would be left to son Cooper.

Reports indicate he treated O’Donnell as his spouse and he thought of her in that regard.  But he personally rejected the institution of marriage as a legal matter.  We have no opinions on the merits of Hoffman’s views on marriage.  But we are adamant in our observation that Hoffman’s views did result in a devastating tax liability for his estate.  The estate tax laws allow for a complete tax exemption for all amounts passing to a surviving spouse.  Not so for amounts left to an unmarried companion, no matter how much love and affection the decedent felt for the companion or how long they maintained their relationship.  So instead of a complete exemption for amounts Hoffman left to O’Donnell, his estate instead paid about $15 million in taxes or some 43% of Hoffman’s wealth.

A second problem is that Hoffman failed to update his estate planning documents in a timely manner.  The Will that he left was executed in 2004.  That only mentions his firstborn Cooper.  Tallulah and Willa are not mentioned at all since they were not yet born at the time the Will was prepared. At age 46 it is clear that Hoffman did not plan to die from an accidental drug overdose.  But he had a good 10 years to update his Will to include Tallulah and Willa.  He never did so.  When drafting a Will it is prudent to reference the possibility for children born in the future and to provide for them.  But we were not able to confirm whether or not Hoffman’s Will included such a provision.  Tallulah and Willa would then have to file claims in court under the relevant state law to seek any share of the estate to which they may be entitled.

Hoffman apparently had some clear aspirations for his children.  His Will recited his intention that Cooper be raised in Manhattan, Chicago, or San Francisco, but at a minimum for his son to visit the named cities twice per year.  Hoffman professed a love for the culture that those cities offer and he hoped that his son Cooper would learn to appreciate that culture as well.  Unfortunately, he never created a trust for Cooper’s benefit and Hoffman’s aspirations were simply mentioned in his Will.  As we explained above, since Cooper’s mother survived Hoffman she received all of Hoffman’s assets, outright.  Cooper actually received nothing.  If Hoffman had created and funded a trust for Cooper’s benefit, he could have incorporated his aspiration for Cooper into the trust agreement.  Then his Trustee, be it Cooper’s mother or another third party, would have been obligated to take those aspirations into account when administering the trust assets for Cooper’s benefit.  But Hoffman did not do that.  So O’Donnell was left with no obligation to ever leave anything to Cooper or to adhere to any of Hoffman’s aspirations for Cooper’s travel and residence.

If Cooper’s mother had predeceased Hoffman, Cooper would have inherited all of Hoffman’s remaining assets.  But Cooper would not receive all of those assets all at once.  Rather he would have received half at age 25 and then the rest at age 30.  While we support the proposition that it is unwise to distribute too much to children when they are young, we think distributions at fixed ages is too inflexible of an arrangement.  Cooper was born in 2003 which means he was only a one-year-old when Hoffman executed his Will.  Nobody at that point could possibly tell what sort of person Cooper would grow up to be.  He may have turned out to be studious and hardworking or a lazy underachiever.  He may have become fiscally conservative or a wasteful spendthrift.  He could also have developed substance abuse problems.  And more to the point, people change over time.  He could have been in a difficult place in his life at age 25 but then taken steps to turn things around at age 32.  Yet Hoffman’s plan left no discretion over whether or not Cooper would receive a sizable sum at age 25 and then again at age 30.

Proper and thorough estate planning takes into account all of these variables, and should produce a plan with as much flexibility as possible to respond to changes that occur in life.  No plan can possibly predict each and every variable, however, and that is why it is prudent to periodically review your current estate plan to ensure that it still meets your needs.

If you have any questions about the issues presented above or care to discuss any other planning issues, please call us at 860-769-6938, visit our website at

or email us at

Weatherby & Associates showed genuine concern over our personal situation, plans, and desires, allowing a comfortable feeling that our planning would meet all our expectations. Related Read More
– K.H.