Banks Refuse to Honor a Durable Power of Attorney Because of a Small Name Problem. 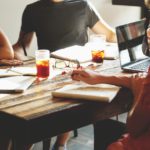 Banks Refuse to Honor a Durable Power of Attorney Because of a Small Name Problem.

A Durable Power of Attorney (“POA”) can be a useful tool in estate planning.  In a POA, a person termed the “principal” gives legal authority to a different person, termed the “agent,” to take certain actions on the principal’s behalf.  But it is never wise to rely solely on that type of document.  That is because there are many different reasons banks and other financial institutions may refuse to recognize a POA.  An August 2014 New York Times article described the plight of a 62 year old woman who discovered firsthand how a minor glitch in a POA can turn into a big problem for the family of a loved one.  See “Power of Attorney is not Always a Solution.”  New York Times, August 22, 2014.

When Christine’s parents died, she and her siblings had a lot of difficulties settling their estates.  As a result of those problems, Christine’s older brother assured her and their siblings that he would make sure to put all of his affairs in proper order so they would not have to deal with such problems when he died.  Christine’s brother went to an experienced lawyer who drafted a will and a health care power of attorney and he added transfer on death provisions to certain accounts.  Her brother also executed a POA naming Christine to act as his agent.  So it seemed to Christine that her brother had taken care of everything.

Suddenly, several years later, everything changed.  In 2010 Christine received a call from a hospital in Greenwich informing her that her brother was suffering from severe dementia.  Christine’s brother had done well financially, so there certainly were ample funds to take care of him.  She sprang into action and headed to the first of many banks he used, armed with the POA.  It was at that point she realized that in her brother’s POA, he had referred to her as “Carol,” not “Christine.”  Carol was her first name in childhood but she had not used that name in decades.  She thought that such a minor error in the document would not pose much a problem.  Unfortunately, she thought wrong.

Bank after bank refused to let her act. They all took the position that the POA was invalid since it did not match the name she used.  The banks told her to present her marriage certificate, and then her birth certificate, her passport, and her driver’s license.  Yet none of those documents matched the exact name the way her brother had listed her on his POA.  Eventually, Christine did manage to move some of her brother’s assets.  But that was at a cost of countless hours lost from her work and family and lots of undue stress.  Christine explained ruefully “I tell everyone the good news is he has lots of money; the bad news is he had it in 25 different accounts.”

If Christine’s brother had created and funded a trust, her problems could have been avoided.  A trust is created and funded when the Trustmaker is healthy and fully competent.  In contrast, a bank may never see a POA until a point in time when the principal is no longer competent.  POAs can certainly be abused by individuals committing elder fraud, and banks have been sued before for honoring a POA that turns out to be improper.  As a result banks have become more and more difficult to deal with when it comes to POAs.

In the planning work we do for our clients, we almost always include a POA.  But that is never the centerpiece of the plan.  Rather, the primary emphasis of the plan will usually be a well drafted trust to hold title to most, if not all, of the client’s assets.  The POA is there “just in case” it is ever needed in some way.  And more often than not, it is never needed because of the other more important elements of the plan.

Power of Attorney in CT

I was “lost” and now I am “found”. I didn’t know where to turn when my spouse was in assisted living and time (3) year long-term care policy was getting depleted. Related Read More
– J.C.