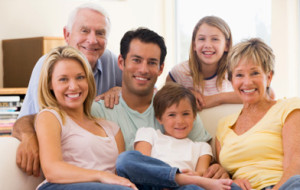 For nearly 30 years the water at U.S. Marine Corps Base Camp Lejeune was contaminated by various chemicals. The United States Department of Veterans Affairs (“VA”) is now proposing regulations recognizing that kidney cancer, liver cancer, non-Hodgkin lymphoma, leukemia, multiple myeloma, scleroderma, Parkinson's disease and aplastic anemia or other myelodysplastic syndromes are ”presumptively” caused by having served for at least 30 days at Camp Lejeune, North Carolina between 8/01/1953 and 12/31/1987. However, these proposed regulations are not yet final and may not be for some time.

The VA provides benefits to veterans who can demonstrate that various medical conditions they suffer from can be attributed to the time of their military service. Normally the burden on such claimants is fairly high to provide abundant medical records and physicians’ opinions to that effect. Yet there are certain circumstances where VA will automatically treat a condition as being service connected if a claimant served in a particular location or was exposed to certain dangerous substances, such as Agent Orange. VA has now proposed rules that will add to its list of “presumptive conditions” claimants who now suffer from one of these eight enumerated medical conditions and who served at Camp Lejeune, North Carolina in the relevant time frame.

Nearly a million people, including troops, family members and civilian employees working at Camp Lejeune from the 1950s through the 1980s were exposed to these chemicals and other cancer-causing agents in the base's drinking water, supplied by two water treatment facilities polluted by dry cleaning compounds, leaking underground storage tanks, industrial spills and poor disposal practices. VA Secretary Robert McDonald has said that research by health experts at the Veterans Health Administration and the Agency for Toxic Substances and Disease Registry, an arm of the Centers for Disease Control and Prevention, indicated that the risk of developing these illnesses is elevated by exposure to contaminants found in the water, including perchloroethylene, trichloroetheylene, benzene and other volatile organic compounds.

"The water at Camp Lejeune was a hidden hazard, and it is only years later that we know how dangerous it was," McDonald said. "We thank ATSDR for the thorough review that provided much of the evidence we needed to fully compensate veterans who develop one of the conditions known to be related to exposure to the compounds in the drinking water."

The VA has provided health care or reimbursement for medical costs for veterans or family members of veterans who served at Camp Lejeune at least 30 days during the affected period and who suffer from some 15 illnesses related to exposure to water contaminated by solvents and fuels, but it had not awarded presumptive status to any condition until now.

VA acknowledges that current science establishes a link between exposure to certain chemicals found in the water supply at Camp Lejeune and later development of one of the proposed presumptive conditions. However, VA experts agree that there is no scientific underpinning to support a specific minimum exposure level for any of the conditions. Therefore, VA welcomes comments on the 30-day minimum exposure requirement and will consider other practical alternatives when drafting the final rule. VA also notes that the proposed 30-day requirement serves to establish eligibility for service connection on a presumptive basis; nothing in this  proposed regulation prohibits consideration of service connection on a non-presumptive basis. The 30-day public comment period on the proposed rule is open until October 10, 2016.

The changes will take effect after VA publishes regulations regarding these presumptions, and will apply to new disability claims. Veterans who have previously been denied on such claims may seek to be re-evaluated. Also, any pending claims that might be denied under current regulations will be placed on hold until the VA issues its final rules, according to a department press release. The new rules also will expand eligibility to reserve and National Guard members who served at Camp Lejeune for any length of time during that period.

If you have any questions about the issues presented above or care to discuss any other planning issues, please call us at 860-769-6938, visit our website at http://www.weatherby- associates.com/practice-areas/planning-parent/ or email us at info@weatherby-associates.com